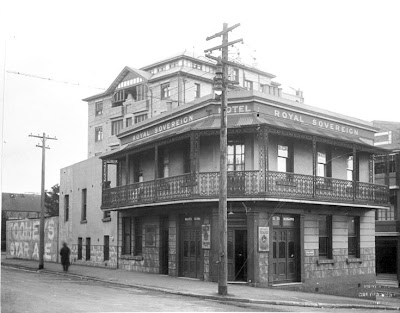 From the 1880s to the 1920s, The Royal Sovereign Hotel in Darlinghurst was the scene of numerous political speeches. Local council candidates would use the corner pub as a place to meet the electorate and would either speak from the bar or from the lace-metal balcony. At some meetings, crowds of up to 300 people would gather on the street to hear from the politicians on the balcony above. 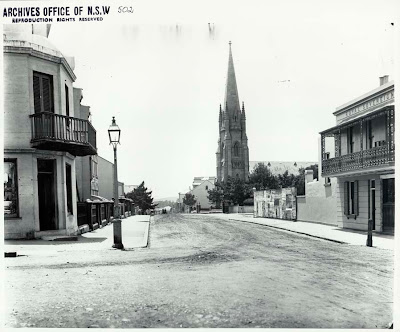 I love the picture above, from Trove, which shows the Royal Sovereign, St John's Church and Darlinghurst Road in the 1920s. Click on it to enlarge it so that you see the bill posters along the wall on the right.
The other two archive pictures (at top and below) were taken in 1925 and are from the council's demolition books. The Victorian-era hotel was demolished soon after and a new, longer and higher hotel was built on its place. 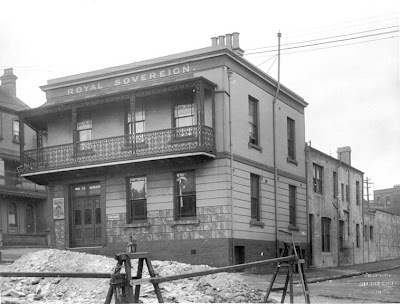 Almost 90 years later the hotel still stands on the corner of Liverpool Street and Darlinghurst Road, and while it remains the Sovereign Hotel, it is more commonly known as the Darlo Bar. 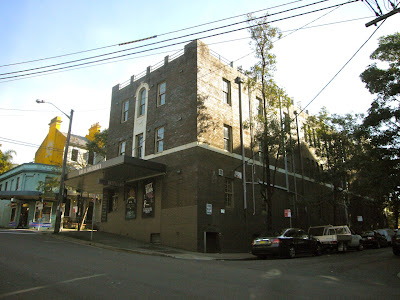 The Darlo Bar is owned by the same group, Solotel, who own the Kings Cross Hotel and Green Park Hotel. 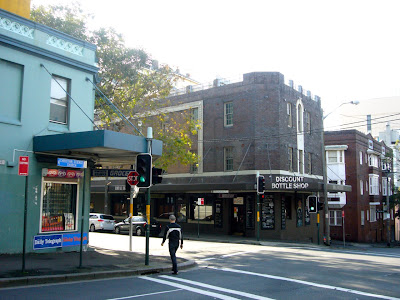 I love these old photos! and really I love old photos in general. It is amazing to see how everything looked a few decades ago. And what is more incredible when you actually live in this area. Thank you for this post!