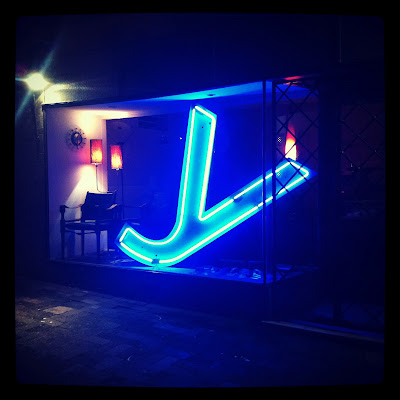 Why have I not blogged in so long? Well, let's just say I'm glad winter 2012 is over. I'm going to pretend it never happened and move along.
But still, it's hard to dismiss a whole three months of my life and there were some OK moments in that bleak time, including the official switching on of the El Alamein Fountain on Saturday 28 July. 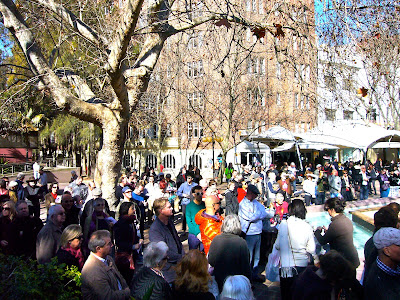 Heaps of peeps turned out for the ceremony, which included short speeches by the RSL and family members of the fountain's architect and original manufacturer. There was also lots of people taking photographs and recording footage: 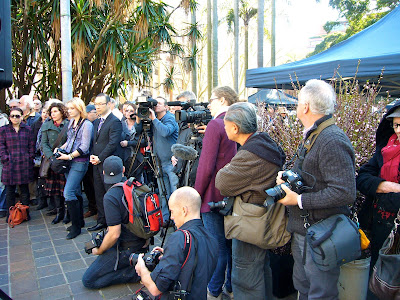 The cameraman on the left is filming me photographing him. 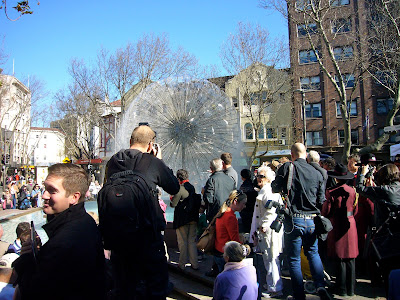 This photograph (above) captures the moment after the fountain was switched back on and everyone cheered. It was a good day so it was lucky it didn't rain. 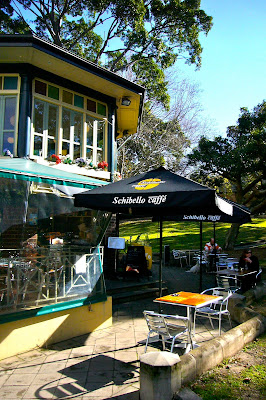 During winter, I also discovered the joys of the Bandstand Cafe (above) at Green Park and its marvellous owner, Carlos. Please support his business because he is one of the friendliest cafe chaps in the neighbourhood and he makes a good soy flat-white too (with Bonsoy)! I also tried the cafe's lasagne and it was one of the best I've eaten. 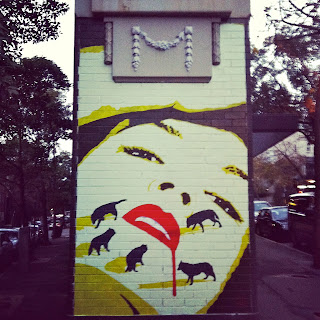 Winter also welcomed a new mural on the exterior wall of the Darlo Bar, which features wolves walking all over a woman's face. 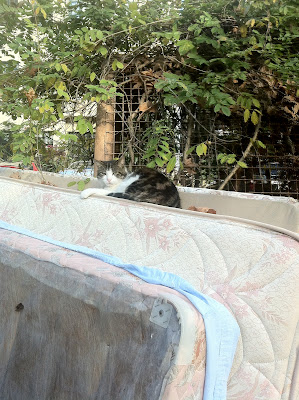 I also spent quite a bit of winter with the animal in my life, Ralf the street cat, who came over to my apartment quite regularly to eat and run. He may only be in it for the food, but I still appreciate his friendship. Meow! This photograph (above) shows him sleeping on some dirty old mattresses that someone dumped at the bin monster in the middle of my street. 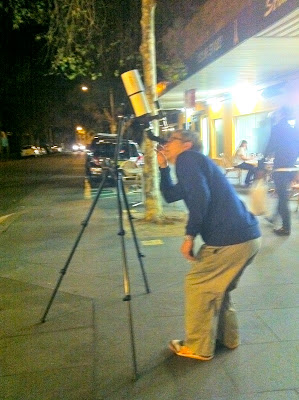 On cold winter nights, a local chap with a telescope could often be found outside Strawberry Cream with the lens trained on the moon or a planet. He let passers-by take a look for free. I don't know the chap's name but he has a dog called Sarah and he's also on the St John's Church board. 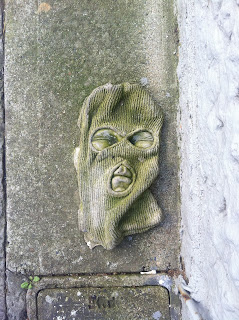 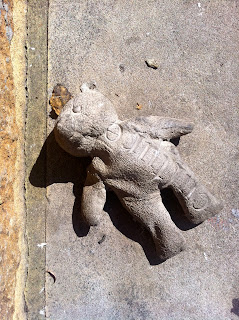 During winter walks I spotted a couple of Will Coles artworks, including the balaclava man at Belmore Street in Surry Hills and the culture teddy near the Taylor Square substation. 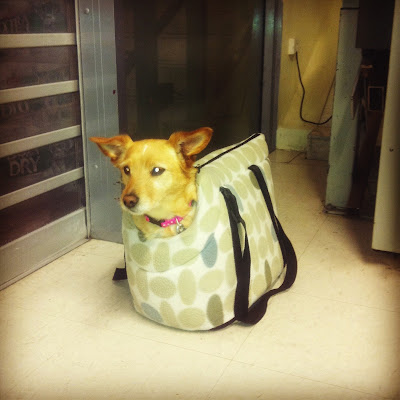 Speaking of Coles, this little dog was left in a handbag outside the supermarket in Kings Cross. The poor dog didn't look very happy. Just imagine how embarrassing it must be for him or her stuck there looking like that. 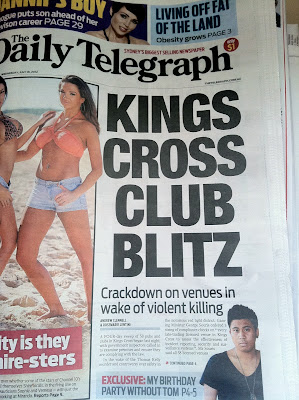 It was also during winter that 18-year-old Thomas Kelly died after being king-hit in Victoria Street, Kings Cross. It's still not known if the alleged offender, Kieren Loveridge, 18, was drunk at the time, but the NSW Government reacted by introducing tougher restrictions on the area's pubs and clubs, including the use of ID scanners at all licensed venues.
The media went crazy with the story, publishing infographics, like the one below, "Dark Heart", which maps out the different areas of the Cross. Fitzroy Gardens, according to The Daily Telegraph, is known as "Poets and Pimps Corner". And bugger if you happen to live on Kellett Street, because it's known as the "Personal Services Strip". Hehe. 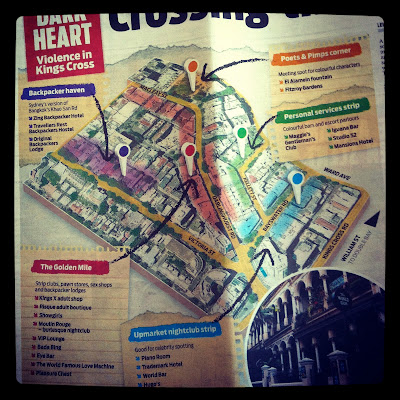 Kelly's death and the massive amount of media it attracted may have also deterred quite a few people from coming to the Cross for their night out. On Saturday nights it is normally impossible to find a parking space in my street, but a few weeks ago there were four empty spaces at about 10pm. 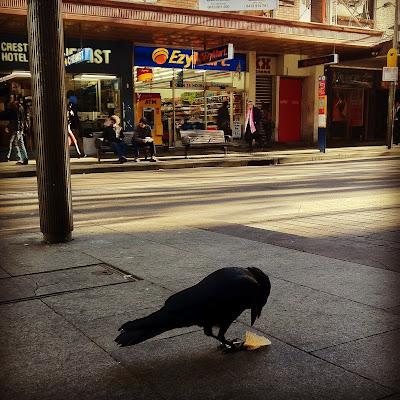 But it's still the same old Cross with its proliferation of kebab shops, Chinese massage places, tobacconists, hairdressers and chemists, although some people might like to see an Italian delicatessen or homewares shop on the strip: 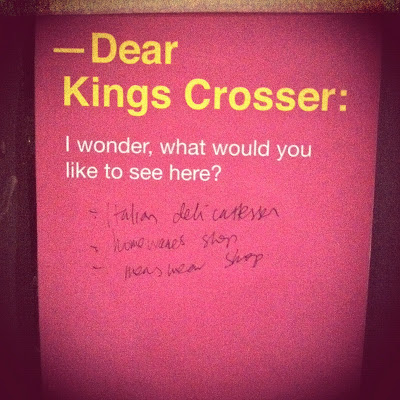 This poster was pasted-up on the window of the old Kirketon Road Centre at 38 Darlinghurst Road. I personally wouldn't mind another dress shop or a place where I can buy home-made dinners so I don't have to bother cooking.
What would you like to see on the strip?