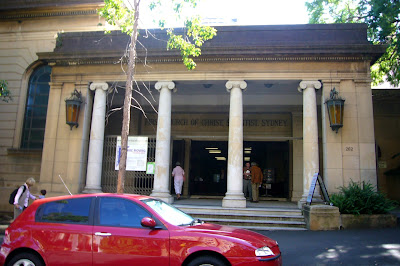 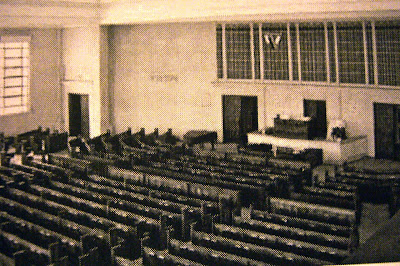 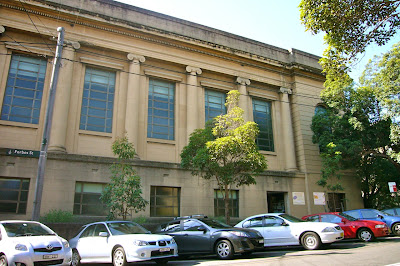 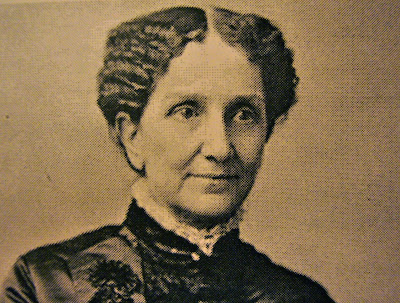 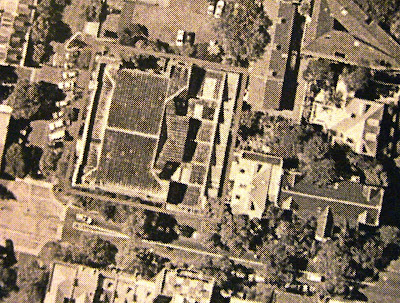 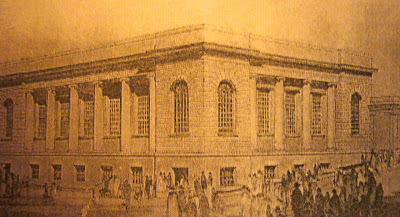 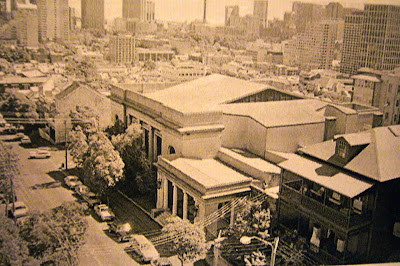 I'm bizarrely excited about the new plans for this site and I hope one day - perhaps posing as an organ aficionado - I can take a look at the pod interior.
I really want to have a peek inside the church before the development begins too. And wouldn't it be great to photograph the final service at the church after 84 years of operation?
*
The exhibition period for the development application closes on April 19.
*
First Church of Christ, Scientist
262 Liverpool Street
Darlinghurst NSW 2010
Posted by Violet Tingle at 12:00 AM

I used to go to Sunday school there in the mid 70s.
I lived in Hillsdale on a street full of blocks of flats. Dozens of kids from mostly migrant families lived on this street and every Sunday morning a well dressed old boy would drive up the street in his old Falcon and pick up as many kids as he could and take us to Darlinghurst.
The pictures in this article are just how I remember the interior.
There would be hymns sung first and I can clearly hear that organ playing.
Then there were bible lessons and kids from different areas would sit at their own tables with their own teacher.
Sometimes a couple of us would use the bathroom and sneak off to explore the the building. There were narrow corridors on the upper level of the perimeter and you could see down into the auditorium.
Then afterwards we were all taken on an excursion. Taronga Zoo via ferry. Or Waratah national park. Or Manly harbourside beach. Lunch included!
And then delivered home safely by days end.
For a bunch of poor kids this was the highlight of our week and we had a lot of fun aswell as learning good behaviour and thankfulness.
They were very good to us.

Thank you for the memories.