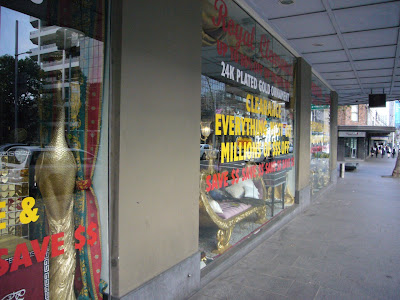 Dreams of drinking cappuccinos from kitschy china cups with my pal Ruby Molteno at the Royalty Prussia Cafe faded last week when signs appeared on the window announcing the bling furniture emporium was having a clearance sale - was it closing down?
You may recall my blog post from April where I was brimming with excitement about the impending opening of the Royalty Prussia in-house cafe, which was advertised on its doors: 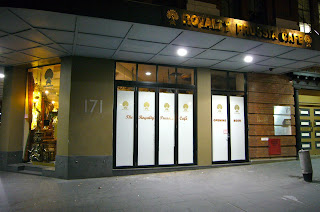 Well, the cafe never opened and those signs have now been pulled down: 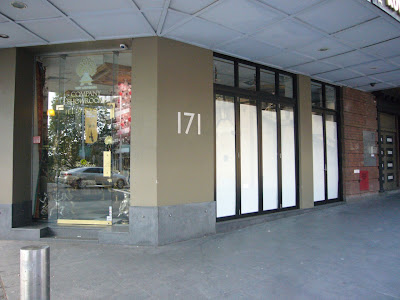 And new ones appeared last week advertising a Clearance Sale in which there are "Millions of $$$ off!" and ''Everything Must Go''. Another sign advises to "Ask For Full Package". 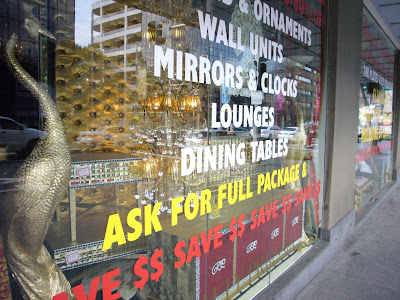 I have learned that the shop is not closing down, just clearing its stock. But the question still remains: was Royalty Prussia ever open? I have walked past the shop in the Chard building on William Street hundreds of time and not once was the door open or anybody inside.
So I wonder if they will be able to sell all the stock?
The furniture is certainly priced to clear. Take for instance this purple velvet chaise longue (below), which is reduced from $27,000 to $6,500. A saving of 70 per cent! 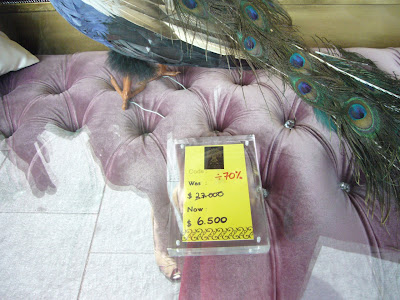 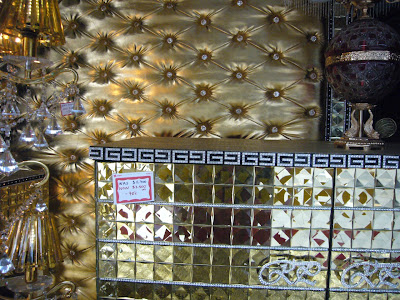 I think the only thing Royalty Prussia needs to shift all this furniture is the British chap from the dollar-shop on the Darlinghurst Road strip in Kings Cross who, armed with his thick Pommie accent and a microphone has made a killing in the discount industry in Sydney for about 20 years.
Every time I go by, I walk away with his voice echoing in my head: "Toothbrushes. $2. Mens's socks. Two for $2. Ladies's perfumes. Only $15. Everything must go."
Posted by Violet Tingle at 12:00 AM

when is cafe going to open