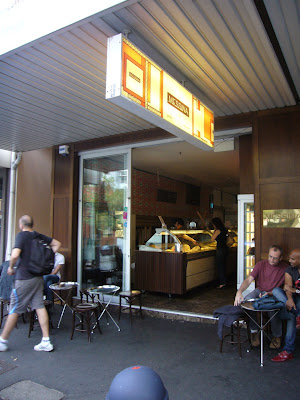 So it's school holidays time again. How do I know this? Because there are no 3pm weekday queues outside Victoria Street's Gelato Messina.
There are also no school children, from Darlinghurst Public and SCEGGS, lingering on the footpath of frozen yoghurt specialist Wow Cow, just up the road at 304-308 Victoria Street.
Ah, I do love school holidays in Darlinghurst, because it also means there are loads of parking spaces as families abandon the neighbourhood for far-off adventures.
And when I had a rare Monday off work this week, I took advantage of the child-free zone at Gelato Messina, ordered a two scoop cone and grabbed a coveted footpath seat where I scoffed my indulgence and watched the world go by. 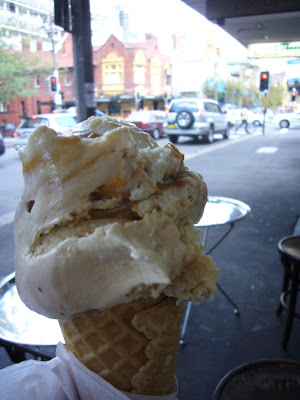 But it's not just school children who crowd the tiny shopfront of Gelato Messina. Since opening in 2003, Gelato Messina has become a regular night time stop for adults, who block the footpath outside the shop from about 7pm to 11pm most nights of the week. Gelato Messina even extended their trading hours to 11.30pm on Fridays and Saturdays, to cope with demand.
So why is their gelato so popular? Indeed, why is gelato so popular? I guess it's because it has less fat than ice-cream and while most food low-fat food products don't taste as good as their full-fat counterparts, gelato actually tastes better than ice-cream. Less fat in gelato's case, equals more intense flavour it seems. 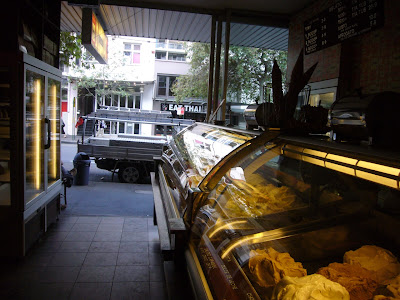 Gelato Messina is owned by Jose Cosentino and Nick Palumbo, who are also connected to Omerta (Italian; great place for an al fresco vino), a few doors up the street and A Tavola (also Italian; pasta a specialty), diagonally across the road. Both specialise in food from the Abruzzo region in central Italy, about 80km east of Rome.
It seems the Abruzzians are trying to take over this part of Darlinghurst . . . with a new quasi-addition, which I'll mention in a moment. But back to the gelato: 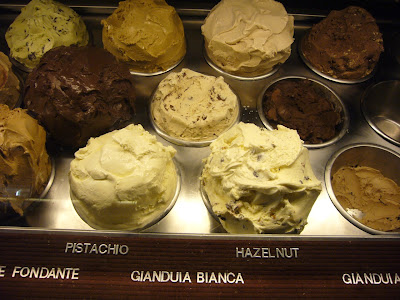 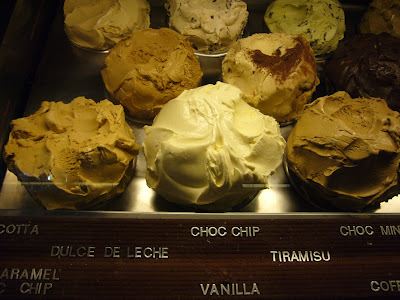 Yum. I had a figgy scoop as well as a scoop of the Banana Caramel gelato made from yoghurt instead of milk: 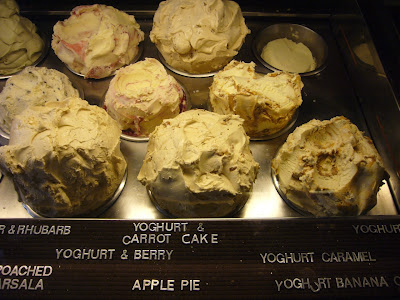 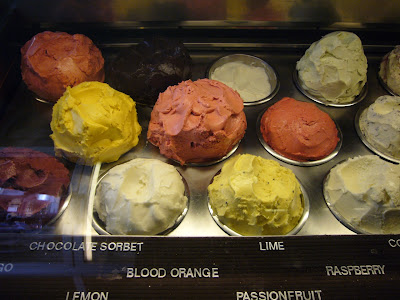 Not content with their three shops in a 50m radius of prime Victoria Street strip, the Abruzzians have recently taken over the shop next door to Gelato Messina. 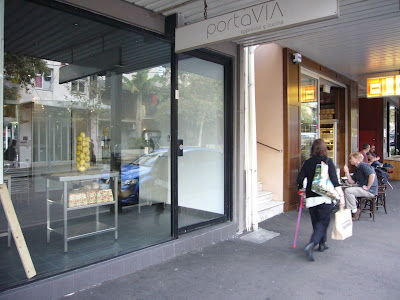 The shop will be used as a Gelato Messina kitchen and they are also planning to host gelato-making classes and demonstrations, starting in about two months time.
I really don't see the point in learning how to make gelato when Gelato Messina does a fine job of it already. But - no doubt - their classes will attract a certain devoted readership of The Sydney Morning Herald's Tuesday lift-out, Good Living, who love nothing better than dragging their $150 Rolser trolleys around weekend food markets in search of under the counter unpasteurised cheese. 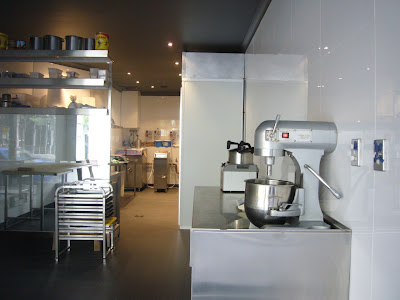 hey there,
just letting you know Jose is not an owner. Messina is owned by Nick and Danny Palumbo and was opened in 2002..
cheers