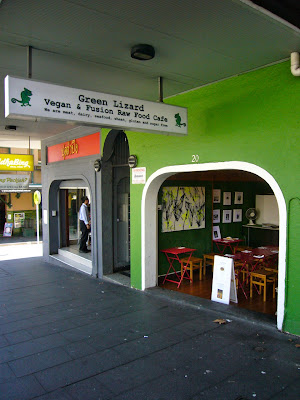 I've been feeling a little bit blah recently and I am going to blame the weather and the moon. So while looking for a quick fix, I decided to try out the newish Green Lizard Vegan and Fusion Raw Food Cafe on William Street. The cafe has been open since about September last year and specialises in raw food that is free of meat, dairy, seafood, wheat, gluten and sugar. 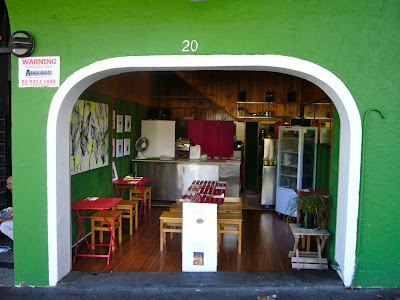 The tiny restaurant is tucked away in a little green-painted space just a stone's throw from the Coca-Cola sign, which is kind of ironic considering chef John Lam's strict views on food and what should and should not be consumed. Lam believes wheat germ is incredibly bad for you - just imagine what he thinks of Coke. I actually don't mind drinking Coca-Cola on a summer day, but it has to be served in a glass with ice, lemon and a straw. And while I have a fairly healthy and balanced diet, I don't subscribe to the idea of banning certain foods from my life. 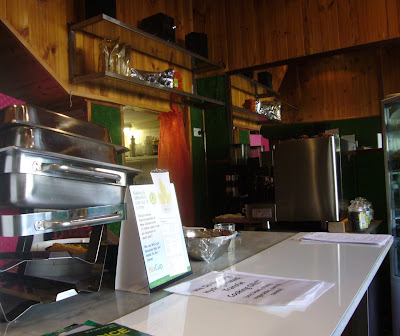 On the weekday when I visited for lunch there was no one else in the cafe, just a few copies of Vegan Voice to look at. 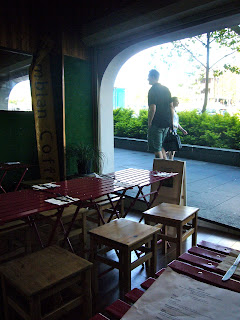 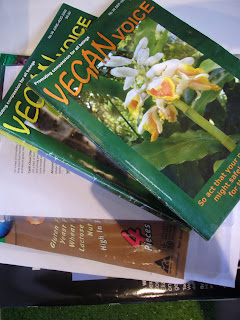 The menu features such yummy-sounding entrees as ''Pancakes'', which here translates to fresh blueberries on roasted rice paper with a pinch of paprika, lemon juice and fresh mint ($8), as well as Rice Paper Rolls with carrot, cucumber and fresh herbs ($8). Mains include Cooked Dishes and Raw Dishes, which range in price from $12 to $15.
The cooked section features Organic Mung Bean Fettucini (high in protein, low in carbs) with steamed vegetables and grilled tofu ($15), while the raw dishes include  "Spaghetti" made with zucchini shreds served with soaked cashew and basil tomato and herb sauce ($15) and ''Pizza'': a seaweed base crust topped with basil, tomatoes, olives, nut cheese and button mushrooms ($15). There's also a raw ''Hamburger'', made from vegetables, sprouts and soaked nuts with herbs, served with tomato sauce and salad ($15). 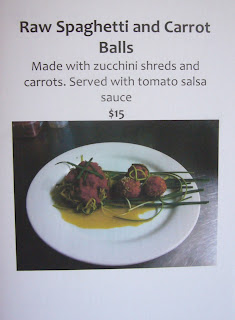 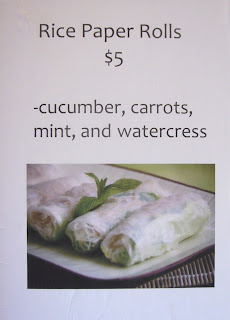 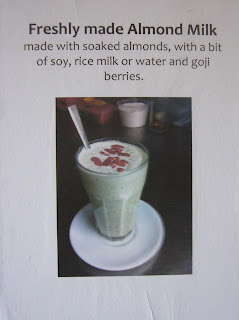 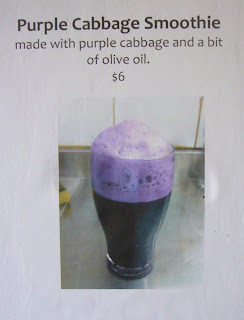 I really had no idea what to order and ended up having the Mung Bean Fettucine: 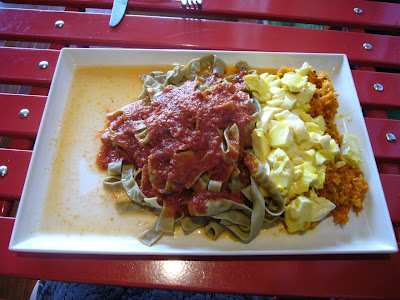 I can't say I was that impressed by the look of the dish as it seemed the pasta had not been strained of the cooking water properly and there was lots of watery liquid running around on the plate. Texture was also a problem; it was a bit sloppy tasting; there was no crunch and no punchy flavour. It would have been helped along in the flavour stakes with a little sprinkle of parmesan cheese on top, but unfortunately dairy is on the banned list. 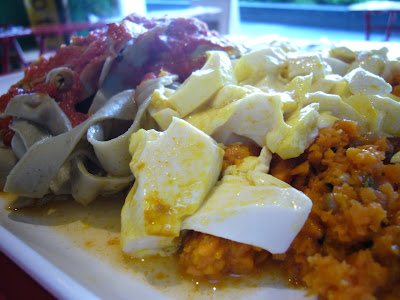 I respect what Lam is trying to do and I hope he succeeds but I don't think he needs to bother calling things Spaghetti, Pizza and Hamburgers when they clearly aren't. Why not just use the selective ingredients and make-up dishes with their own names, rather than trying to mimic the look of food that is on the banned list? Still he has loads of fans on his Facebook page who seem to return for his salads and smoothies, so he must be doing something right for many people, maybe just not for me.
*
Green Lizard Vegan and Fusion Raw Food Cafe
20/230 William Street
Kings Cross NSW 2010
0402 918 653
Green Lizard Facebook Page
Posted by Unknown at 12:00 AM

Purple Cabbage Smoothie - WTF?! I can't say that one looks or sounds delicious...

I'm not a totally raw foodie myself but due to my wife being very interested in the topic I have been exposed to quite a bit that sorta food.

I just quickly wanted to comment on your statement about the spaghetti, pizza and burgers. It seems to be a general thing that raw foodies do. They name dishes after what it looks like. This is not John's idea. In several raw "cookbook" (preparation books rather) you will find names like spaghetti and so on.

Whenever I take something like that to work and get funny looks from colleagues I just tell them that it is a "fancy salad". cause really that's what it is.

In regards to your dining experience, maybe it was just a mishap on the day. I have eaten the fettucini at the Green Lizard, too, and mine were fabulous. Or maybe it just comes down to personal taste...