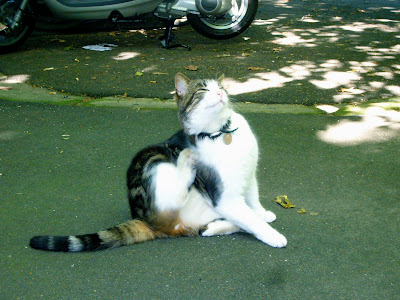 This cat may appear innocent, scratching his ear on the footpath, but be warned: this cat is very naughty. He's always lurking around Royston Street and when I'm leaving home, I'm quite happy to say meow and stop for a chat. But when I'm returning, I dare not even make eye-contact for fear that he will follow me all the way to my door and then slink inside my building.
It's happened previously and it was rather annoying, because once inside, he refused to leave and I had to chase him up the stairwell, draw him close and then grab him by the scruff and transport him back outside.
After that episode, I stopped talking to him, so he tried a new tactic. Playing dead: 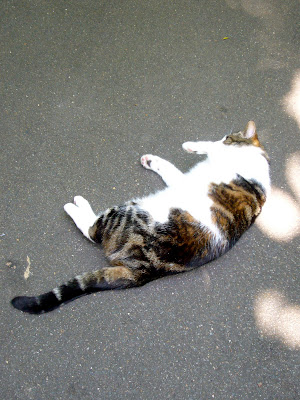 The first time I saw him lying there like that, still as a piece of wood, I thought he had been hit by a motorbike and rushed to his aid. But when I went to check his pulse, he rolled over with a long meeeooow, stood up and then wiggled his tail in the air, pleased that he had fooled me. Then he followed me to my building and bolted inside when the door was open. Once again I had to find him, grab him and put him back outside.
These days, I have had enough of his tricks, so when I see him I clap my hands - once, loudly - and watch him run like the clappers back to his own home: 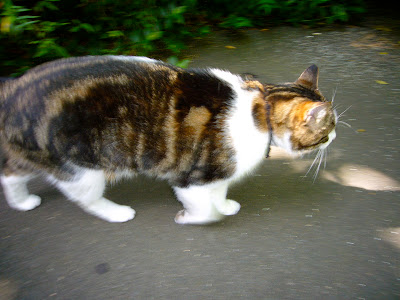