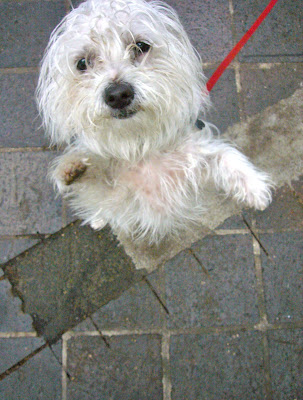 I had a very dog day afternoon yesterday at Fitzroy Gardens with my friend Sapphire Tenzing, just sitting for hours and watching the pooches go by. The Saturday markets seems to attract dozens of mutts, many of whom tend to loiter in hope at the stall selling bacon and egg rolls.
The dog-watching began in earnest when we spotted this four-legged fellow lolloping by the nut stand: 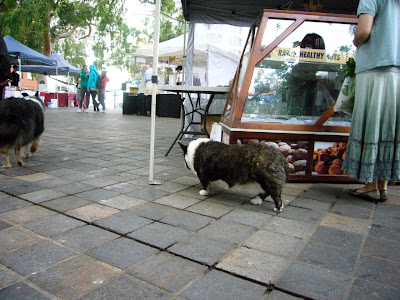 She was just the most hilarious thing. Kind of like a wombat. Sapphire was so impressed by the dog she ended up chasing her around the markets for a better glimpse. Later though, we got to meet the corgi, whose name we learned, was Annie. The owner told us that it normally takes her 40 minutes to walk home, but when she is with Annie it takes one hour because the corgi's legs are so short. Annie is also supposed to be on a diet, because she is a bit on the tubby side.
When Sapphire moved in to pat Annie under the chin, the dog immediately sat down and rolled on to her back, hoping for a tummy rub. 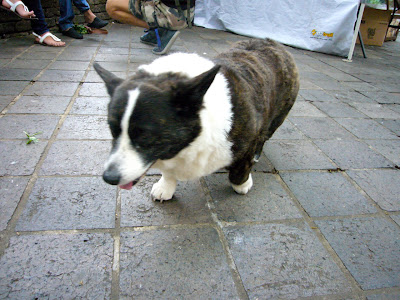 Hanging out with the corgi was another dog who seemed to be a bit tired of all the attention that Annie was attracting. The other dog shimmied into frame so that she would be photographed too: 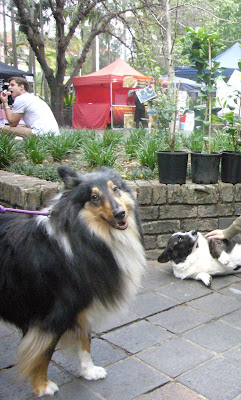 "Don't you think I'm pretty too,'' she seems to be saying. 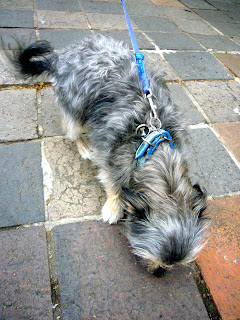 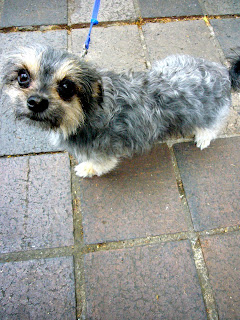 This dog (above) had the most amazing eyes that were highlighted by strands of dark fur around its face. I think it was a young dog because it was a bit out of control, jumping around, dragging on its leash. 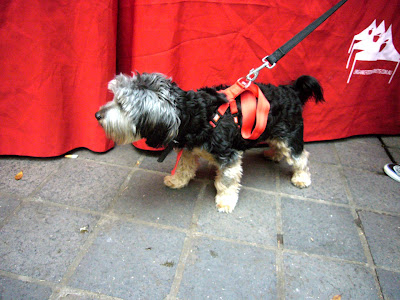 I never caught the name of this mutt (above) because it was too busy staring out a baby husky dog and trying to start a fight. The husky pup couldn't have been more disinterested and was focused instead on making sense of all the weird smells in the pavers: 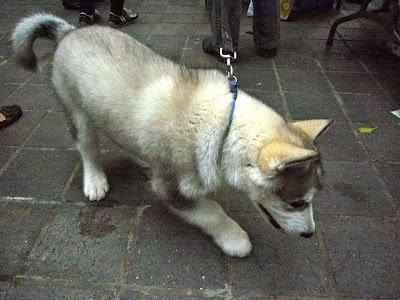 It was a cute little pup and received lots of attention from passers-by, which gave Sapphire and I the fine idea of perhaps buying a dog to share, in a bid to meet blokes. Just kidding, we would never think that. Besides, both of us live in small studio apartments, so the only dogs we could have would be pocket-sized, like this one: 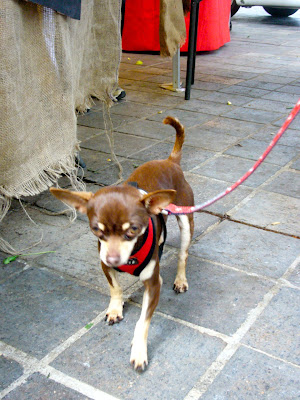 It was absolutely tiny and had a strange look on its face, like it was tired of being the small kid and had dreams of one day becoming big and fierce. 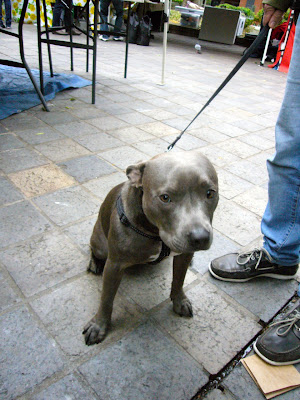 And maybe the big and fierce dogs, like this one (above) dream of being soft and fluffy. 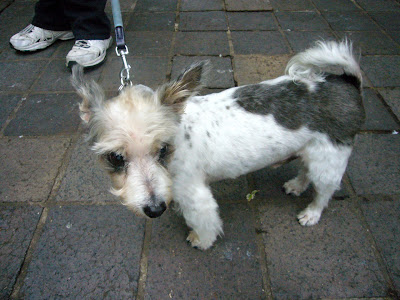 This older dog (above) was almost blind, so he couldn't see me when I bent down to pat his nose and he became quite scared. He also had a little bump on his head, but he was a much loved pet; his owner adores him. 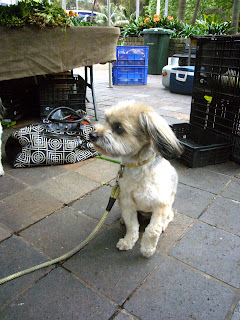 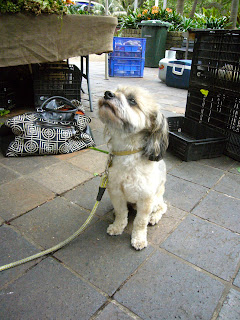 This good-looking dog (above) was part of a duo, but his mate was a bit camera shy. The owner pointed her finger at the dog and he immediately posed for my snap like a seasoned professional.
But by far, my favourite dog of the day was Millie, whose photograph is at the top of this blog post. Millie is only nine months old and was so excitable that when I approached her she jumped up and down and then licked my hand and arm. 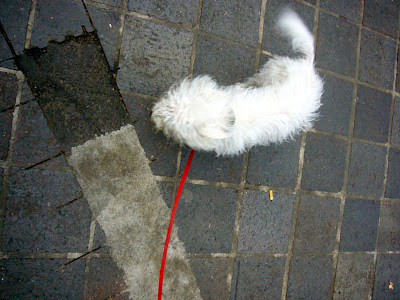 She was a funny little terrier.
Posted by Unknown at 12:00 AM

Billie would love to come and join you for a dog day out in Darlinghurst. I especially love the first pic