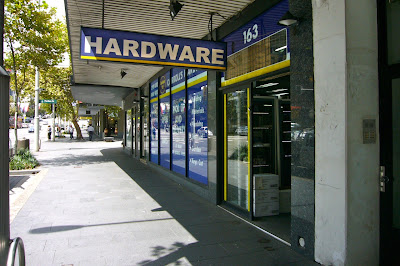 One of my earliest childhood memories is of visiting a hardware shop with my father.
I must have been about four or five and I remember wandering off on my own and exploring the aisles with a sense of wonder.
There was the smell, first of all, a kind of pungent metalicky scent.
And then there were all the little plastic compartments filled with the most curious screws and nails and round metal bits, which you could purchase individually for about 10 cents each.
I vividly remember picking out some screw - perhaps a nut with a bolt - and asking my father to buy it for me.
I was always wanting things. And he often said no. 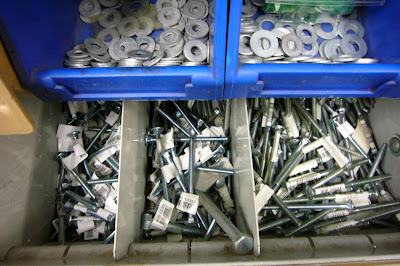 This time he probably said no, too, but even if I wasn't allowed to take home that nut and bolt, my fascination with hardware shops, and all that they contained, remained. 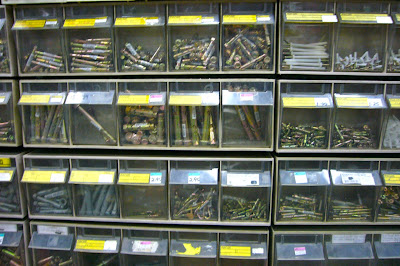 So when I had to buy some spack-filler this week (mishap with screw while trying to hang a lighting fixture), I became mildly interested by the task.
And the closest hardware shop to home is Carroll's Hardware on William Street; a place I had never been but was looking forward to visiting. 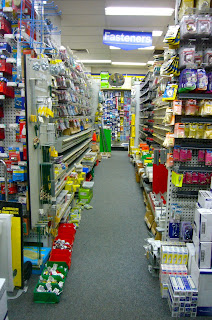 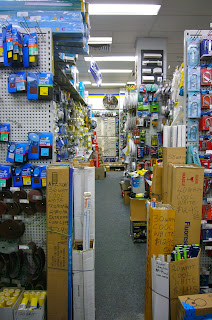 The shop is jam-packed with stuff: masking tapes, rulers, staple-guns, paint, hammers, screw-drivers, weird hooky things, weird plastic things, buckets, shower curtains, hoses; everything you could imagine and more: a pink manicure kit.
I wished to roam the aisles undisturbed but was immediately accosted by the friendly shopkeeper (Mr Carroll?) who quickly led me to the spack section.
After I selected my spack, I left him and moved on around the shop, looking for interesting things. 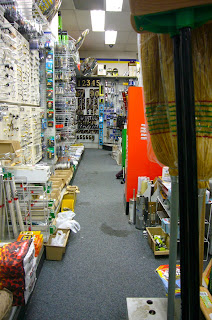 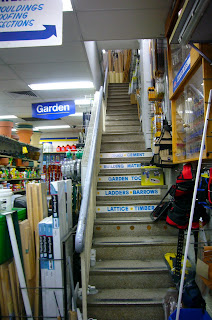 There were aisles to explore and even a mysterious upstairs section stocking wood and building supplies. 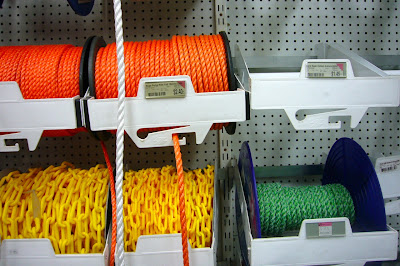 There were reels of chains and ropes in various colours, and an entire aisle devoted to gardening products (I searched in vain for the clay balls I need to create a humidity tray for my new "orchid farm".) 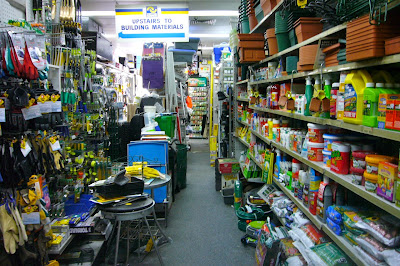 But the best bit was when I went to the counter and started chatting with Mr Carroll (?).
Can you find him in this picture: 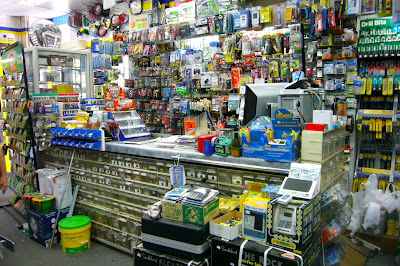 The Carroll family have been operating a hardware shop on William Street since 1923.
Their first shop was on the northern side of William Street, backing on to Judge Lane, between Dowling and Forbes streets; today consumed by No Birds car rental.
They remained at that location for 49 years. 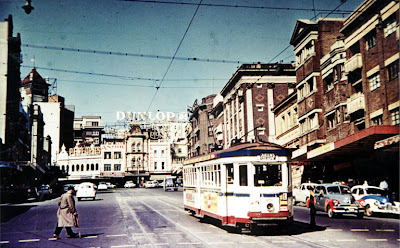 This picture from the City of Sydney Archives (above) was taken in 1954, when trams scuttled along William Street on their way to the city centre. How lovely and colourful and quiet do they appear when compared to the buses that now storm down this path.
That chap, crossing the street in the brown trench coat, may have just visited Carroll's Hardware and it's highly possible he has a nut and bolt, or a screw-driver, in his pocket. 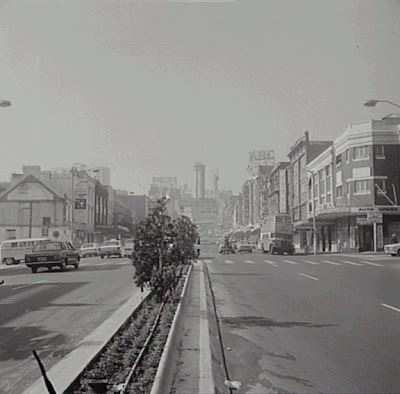 By 1972, there were no more trams on William Street, and that year Carroll's Hardware moved to a building on the corner of William and Bourke streets, on the left in the photograph above, just where the van is pulling out.
They stayed there for 25 years - until 1997 - before moving to their present location at 163-165 William Street.
But now, as they are about to celebrate their 90th years in business, they are scheduled to move into larger premises, just down the road in the former Scooterino site at 121-129 William Street. 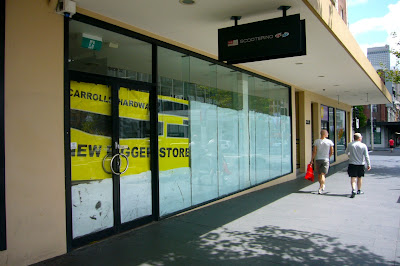 Mr Carroll (?) said he hoped to be open there by April, but as you can see from my photographs, there is a hell of a lot of stock to move, and then there is all the shop fittings.
It's not a job I covet.
But I hope, when he moves in to the new place, they have a big opening party - with some politician or someone to cut the ribbon - and a sausage sizzle in Barnett Lane to celebrate a near century on William Street.

There used to be I(think a cattle) dog always sleeping on the path or door way. I gather he isn't there anymore? :(

Dad used to take me with him to shop at Carrolls also! If I remember correctly there was a downstairs section also.

Carrolls was going to open a store up on Oxford St, Darlinghurst, near the junction with Darlinghurst Rd, in the old Immediate Healthcare site. Nothing seemed to happen other than the front being painted with a 'Coming Soon' notice. It was like that for years.

This empty space where Carrolls was going to be on Oxford St, Darlinghurst is still empty and looks a mess. I wish someone would do something with it.