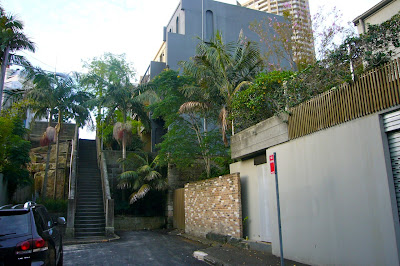 Remember the dunny-lane house? Back in February, Federal Court judge Dennis Cowdroy's company submitted a development application to build a house on this narrow, 2.6m wide dunny-lane off Caldwell Street: 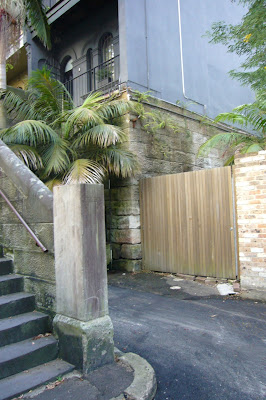 Justice Cowdroy had purchased the 48sqm site for just $1 from a grazier, John Robison who had unknowingly inherited the title. The site - once used by dunny-men to collect residents's toilet-buckets - backs on to three Surrey Street homes and not surprisingly, those owners did not want a house wedged in their backyards.
Well, on Monday night the City of Sydney council voted nine to one in opposition to the development, based on the loss of heritage, the floor to space ratio violation and ''bad design destroying amenity'', according to residents who attended the meeting. The council's Lord Mayor Clover Moore rightly summed it up by saying, ''this is basically a bad design trying to be shoe-horned into a very special part of Darlinghurst.'' 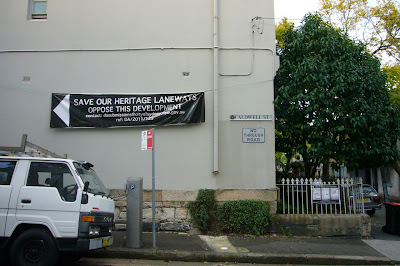 Another interesting comment made by one of the councillors was the fact that residents are some of the best sleuths at discovering hidden heritage items not yet on the radar - such as the laneway - the last sandstone fragment of the Craigend Estate.

also noted was the fact that current LEP and DCP planning instrucments are old (1997) and do not represent the reality of important urban design issues such as these. Who would think that a Judge would use his influence to try and profit from a 2.75m wide laneway? Oi!

Late comment I know but so glad to hear it was knocked back. Used to own 34 Caldwell and love that tiny part of Sydney. Thanks for the blog.