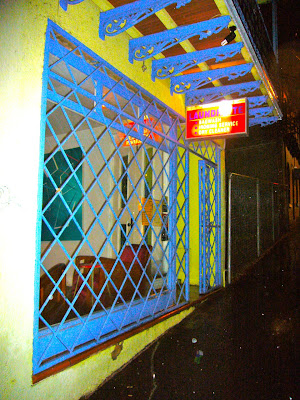 One of the worst things about my blog is that I am a crap snapper. During the day my photographs are fine, but at night: forget it. That is the reason why I often don't write posts about my evening adventures. But then I sometimes wind up at some curious or original establishment and I feel that I just have to share, so I snap away and then return home to discover that all the pictures are mostly black with blobs of colour. And this is one of those occasions (so, please, excuse my terrible snaps). 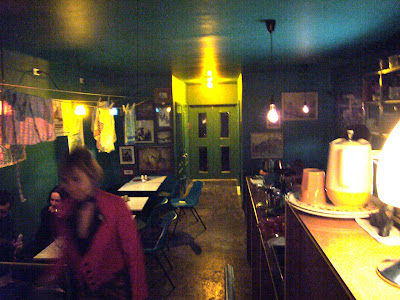 I was with my dear friend Ruby Molteno on Tuesday night. It was a wet evening in Sydney, the rain was insistent, but I hadn't seen Ruby in so long, apart from a brief snack-attack at the Third Village. First she went overseas and then she went to the north coast and now that she had returned again, it was time for a catch up. So for such a special reunion, we cowered under umbrellas and walked to the local laundromat. 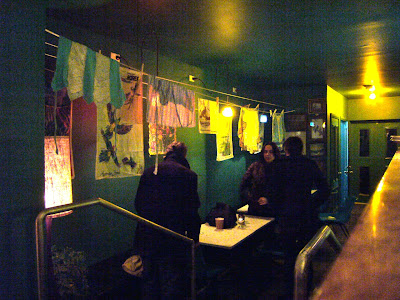 The Darlie Laundromatic bar opened three weeks ago in a disused laundrette at the top of Palmer Street, near Oxford Street. It's one big, long room, with a communal table running down the middle and a couple of smaller tables at the back. There are plans to open up the rear courtyard and also utilise some of the floors in the building above. 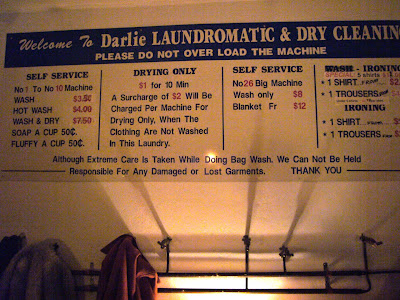 The only signs of the bar's former incarnation are a long row of water pipes with taps running along one wall, a laundry menu (above) and a small length of washing line, hung with freshly laundered aprons and tea-towels. 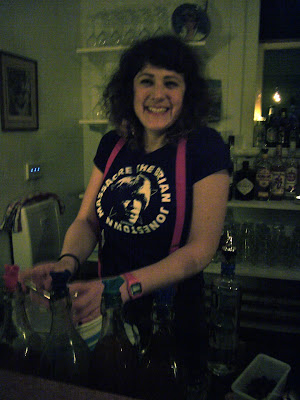 According to its website, the Darlie Laundromatic is open from 11am to 11pm, from Tuesday to Saturday, but when we arrived just on 10pm, we were told they had already shut the bar. We lingered a bit to check out the menu and were then told by a barman that we could order a drink, as there were still a few people finishing their beers. Ruby was keen on a coffee, but the espresso machine had already been cleaned, so we consulted the drinks menu under the guidance of the friendly barwoman (above). 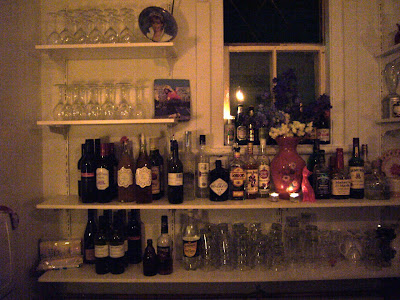 The drinks menu features home made organic cordial, which can be ordered as a non-alcoholic beverage ($4) or with vodka and soda ($7.50). There are also the usual beers and ciders at the usual bar prices, as well as a short, well-priced wine menu.
The food menu features gluten-free, dairy-free, vegan and vegetarian options and includes a grilled, organic minute-steak sandwich or ''grilled mushroom-steak'' on sourdough with truss tomato, zesty rocket caramelised onion and harissa aioli ($14/$13); a ploughman's platter with Afghan flat bread, vintage cheddar, dill pickles, hot sopressa, chili jam and quinoa tabouli ($15); and a potato, fennel and dill salad with smoked salmon ($14). 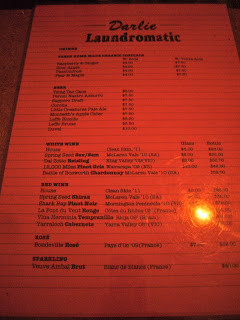 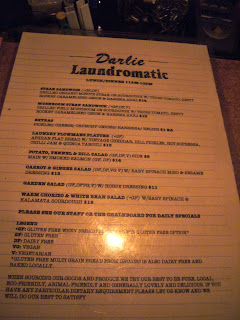 We had to go with the organic cordial, considering it's not something you see on the menu everywhere. The cordials are made on-site and I had the pear and maple cordial with vodka and soda, while Ruby went for the raspberry and ginger flavour. 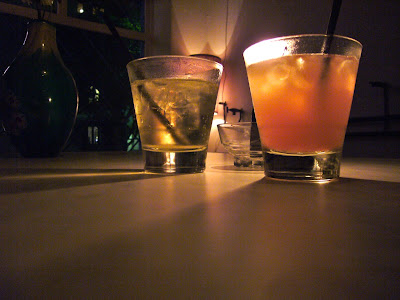 It was a nice change from the usual vodka and tonic, vodka and OJ types of drinks and was pretty good for $7.50. We grabbed a seat at the long communal table and listened to the particularly good music - played on a turntable or record-player - that included PJ Harvey's Send His Love to Me, which Ruby and I are awfully fond of. We are also both fond of flowers, so were happy to discover a wonderfully scented bunch of early cheer in a skull vase on the table. 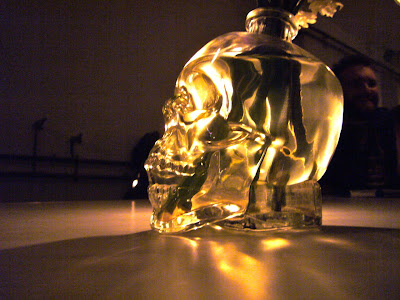 It was about 10.30pm and we were finishing our drinks when the music started lowering in volume and the lights in the room brightened. We took the hint and left. I love all these new bars that are popping up everywhere, it's just a shame their licences don't allow them to remain open longer. 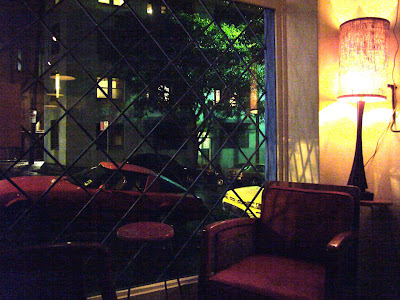 Hi there, a great post, loving your work. I remember that torrential tuesday, I was at Pines just around the cnr :)

Just found your blog, it's very cute! Excited about visiting the laundromatic soon.