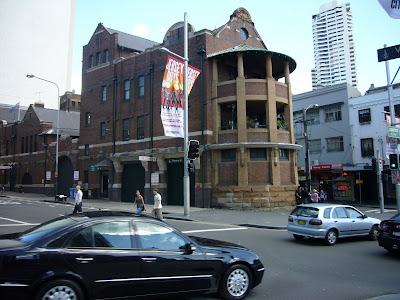 Darlinghurst Fire Station
- Register of the National Estate, City of Sydney Council Heritage List
In 1906 it was becoming evident that the present Darlinghurst Fire Station at 250 Victoria Street was ill-equipped to deal with such a ''calamitous experience'' as a major fire in the neighbourhood, and the issue was raised with the Chief Secretary by the state Member for Darlinghurst, Sir Daniel Levy.
''(Darlinghurst) is a quarter not easily accessible by the other brigades, while the local force and equipment, from the poor accommodation, would be quite unable to cope with any serious outbreak,'' a Sydney Morning Herald article from June 15, 1906, said.
''Mr Levy was assured that the needs of Darlinghurst would not be overlooked when provision was being made for the immediate future in connection with the fire fighting service.''
But it would still be another five years before nine houses were demolished at the apex of Darlinghurst Road and Victoria Street and work began on the new Darlinghurst Fire Station. 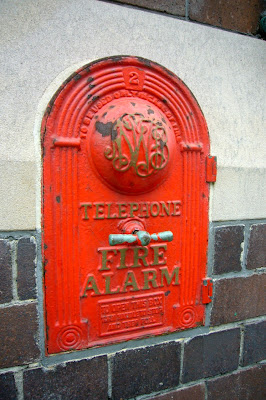 Designed by NSW Government architects Walter Liberty Vernon and George McRae in the Federation Free style, the proposed building was heralded in 1910 as being ''one of the finest fire stations'' and an ''ornament to the district''.
According to a Sydney Morning Herald article from June of that year titled, Building and Works - Progress of the Trade, the new fire station with its ''handsome circular corner facade'' would contain ''seven separate residences for the married men''.
''Each residence will have living rooms and several bedrooms, with every convenience.
''There will also be a suite of rooms for the single men.''
The flat roof would be home to two laundries, a shelter and drying sheds as well as a watch-tower ''from which a view will be obtained for miles around''.
The ground floor would include space for a large motor-engine, horse ladders, stabling and fodder rooms, a large exercise and washing yard, watch-room, telephone room, workshops, recreation space, smokers's room and bathrooms.
The tender for building the station was won by Conrad Harrs, of Burwood in Sydney's southwest, and in 1911 work began on the 10,000 Pounds development.
Building work was delayed in July of that year due to labour shortages, but on January 22, 1912, the first firemen moved in to the grand new station. 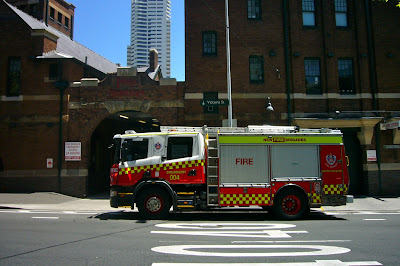 Almost 100 years later the building is still occupied by fire men and fire women, continues to operate as a fire station and remains an ''ornament to the district''. What a great legacy for Vernon, McRae and Harrs.
I wonder if the station's centenary will be celebrated next year. And I wonder too if the building is haunted by 38-year-old fireman William Lilward Cooper who died in his sleep in the station in August 1916.
''There is sweet rest in heaven,'' his loving wife wrote in William's obituary.
The station gained a mention in the news pages on January 2, 1933, when New Years Eve hooligans lit up a series of bonfire around Sydney and the Darlinghurst firies attended to 16 call-outs.
''None of the fires assumed menacing proportions, except one in Brougham Street, Woolloomooloo, at which about 1500 people had gathered,'' it was reported.
''The bonfire, which was lighted in the street, was blazing fiercely after a stock of old motor tyres had been thrown on it.
''Six policemen had to disperse the crowd, which jeered the firemen as they brought a hose to bear on the fire.'' 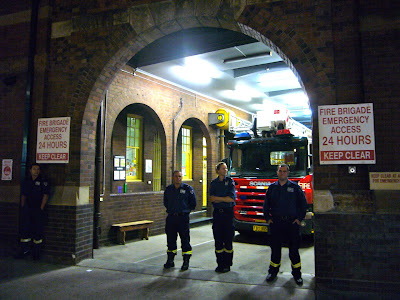 In November 1948 the good fire-fighters of Darlinghurst received a series of ''false calls'' to attend Sammy Lee's night club in Woollahra and Reg's Restaurant in Double Bay.
These days the firies still receive numerous ''false calls''.
I was attending a small verandah barbecue at a friend's place in Elizabeth Bay about a month ago when there was a knock at the door. When I answered, four handsome firies stepped inside: 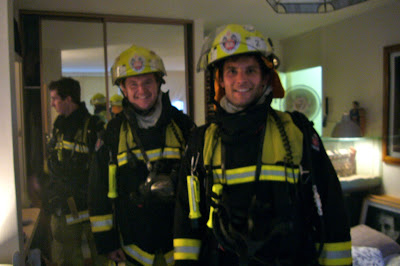 Apparently, one of the neighbours had seen smoke billowing from the building, which resulted in Darlinghurt's finest responding with urgency to the call. 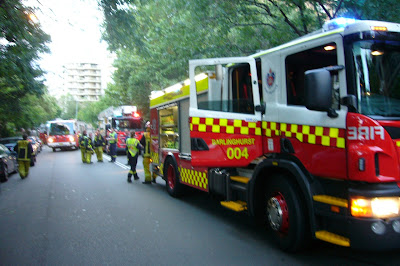 When I went out on to the street, Roslyn Gardens, there were four fire trucks for this tiny Webber barbecue:

But the firies didn't seem to mind and took it all in very good humour.
I suspect they are called out to quite a lot of these types of incidents, and I have certain gal pals who think it wouldn't be such a bad idea for their kitchen smoke alarms to go off and for some of these fine fire-fighters to attend to their residences. 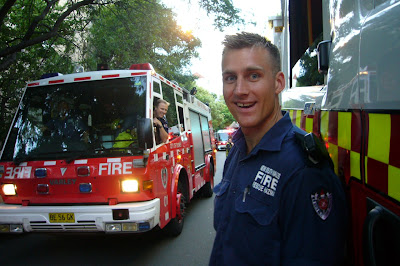 Hi, my great great grandfather, Joseph Bowden used to live and work at Darlinghurst Fire Station. I would love to see any pics, or hear any stories about him.

The fire brigade charges $300 for false alarms, as a rule