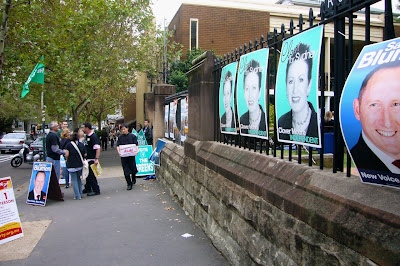 So, it was an historic NSW election, with a massive double-digit swing against Labor.
Independent Clover Moore proved she is as popular as ever, keeping the Seat of Sydney for a sixth term, but Liberals candidate Adrian Bartels wasn't far behind.
Moore had retained the seat in 2007 with a 16.6 per cent margin over Labor, but yesterday she lost votes to Bartels, with a huge 14.9 per cent swing towards the Liberals.
Still, this was a fairly predictable result - for NSW and Sydney - and was preceded by the dullest state election campaign in recent history.
There were no major scandals, no provocative candidates (unless you count the Nudist Party's g-string-wearing Stuart Baanstra- yawn) and no surprises about who was going to win.
Mother Nature seemed to agree and put on the dullest, greyest, coldest weather for Election Day in recent history too. If I didn't have to vote, I don't think I would have left the house all day. 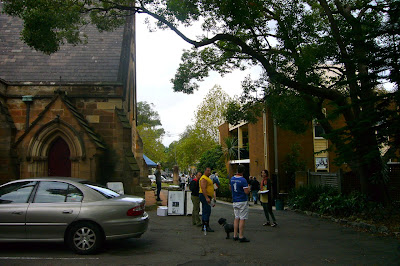 But I dutifully dragged myself out of bed yesterday and went down to the St John's Church Hall polling place to cast my vote like a good citizen. If I had known there was going to be a sausage sizzle, I would have probably left my apartment earlier.
Interestingly, of the three how to vote cards I saw - the Greens' De Brierley Newton, Labor's Sacha Blumen and independent Clover Moore  - there were no preferences given.
I didn't bother with a how to vote card anyway, and not many people around me did either. It just seemed that everyone knew they weren't going to vote Labor. 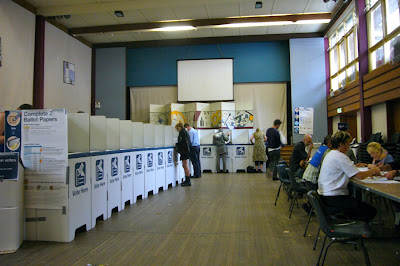 In the last state election in 2007, Labor won 52 of the 93 seats in the lower house, or legislative assembly, while the Liberals won 22 seats.
Yesterday, exit polls were predicting a massive 21 per cent swing against Labor, leaving Kristina Keneally's party with less than 15 seats in the lower house and the Liberal-National party with over 70 seats.
But last night, about 10.30pm, the ABC was projecting an almost 17 per cent swing against Labor, with the ALP winning just 21 seats, compared to the Liberal-National coalition's 69 seats.
The remaining three seats went to independents, including Clover Moore, according to the ABC.
The Greens didn't smash Labor in the seats of Marrickville and Balmain, in the inner-west, as predicted, although last night it was still too early to announce the winners. 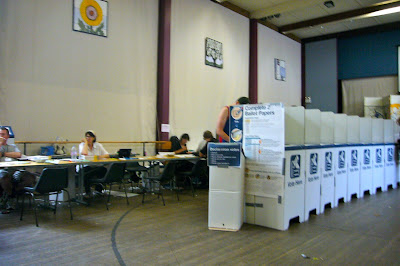 So Barry O'Farrell is the new Premier and he wore a ghastly, wide-striped tie during his acceptance speech at the Parramatta Leagues Club, in Sydney's western suburbs. Most of his speech was devoted to thanking his party and announcing how many seats the Liberal-Nationals had won.
By comparison, outgoing Premier Keneally's speech was far more emotional, as she talked about the people of NSW and the Labor party's downfall.
Keneally won her seat of Heffron, in Sydney's south, but has decided not to contest the leadership of the Labor party.
My bet's on deputy Labor leader Carmel Tebbutt taking over the Labor leadership (so long as she retains her Balmain seat against the Greens). The other potential candidates would be former police minister Michael Daley and Blacktown MP John Robertson, who are just boring, old school Labor men-in-suits. Yes, Tebbutt is married to Federal Labor's Anthony Albanese, but I would much prefer the job to go to a woman.
Regardless of who becomes the opposition leader, it will be interesting days ahead as NSW is run by the Liberal Party for the first time in 16 years. 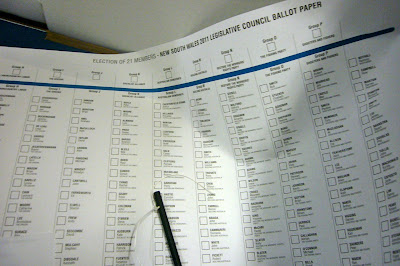 341 people voted for Peter Madden!!! Who are these people??!