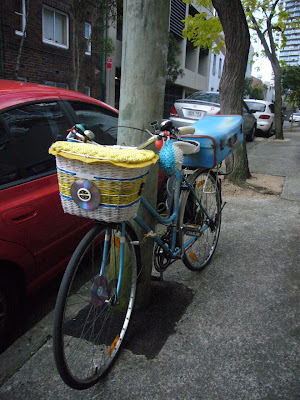 I always had romantic ideas about riding bicycles.
No spandex, sneakers and stack-hats for me.
In my rose-coloured ideal I would be wearing a frilly dress, knee-high socks and Mary-Jane high heels, and with my handbag perched in a little wicker basket I would peddle my shiny red bicycle along flower-lined laneways, hair riding over the wind. 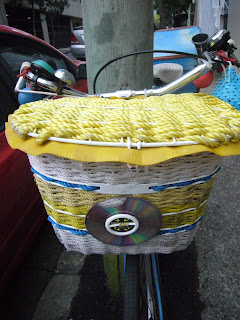 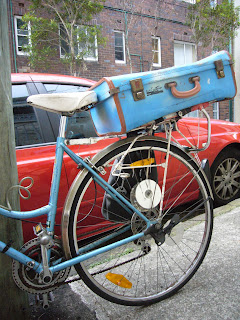 I fulfilled that fantasy too, when I lived in my little studio by the sea.
I had such grand dreams of riding to work for ever more too, but my enthusiasm was quietly quelled when I grew tired of that final, long hill on the road towards home. After that, my bicycle remained chained to a pole day after day, month after month, until it turned into a heap of rust and another cyclist wanted the pole and ended up sawing off one of my bicycle wheels to release it. 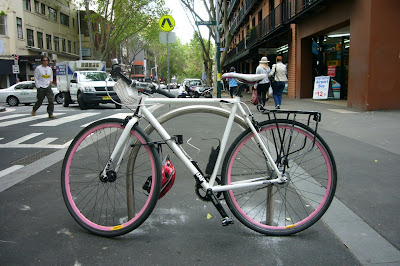 But now that I am back in Darlinghurst and the cycleways continue to be built, I am again entertaining bicycle-riding fantasies and this Saturday I am going to test my desires when the very first Sydney Rides Festival and Bicycle Film Festival Sydney are officially launched at Taylor Square.
The free street fair kicks off at 10am and goes until 4pm and will include food stalls, bands, the usual Saturday Sustainable Farmers Market as well as bike stalls and a Bike Arena with ''spectacular'' riding games, according to the flier I picked up last week, along with a Sydney Cycling Guide + Map. 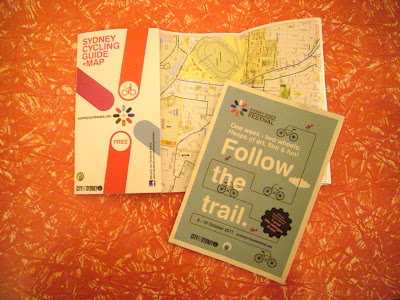 The Follow the Trail flier also includes details about other events being held during the Sydney Rides Festival from October 8 to 16. If you vote online for your favourite event you can also win one of five bicycle packages worth almost $1000 to start you pedalling, which would be good for me, seeing as I have already wasted money on one bike. 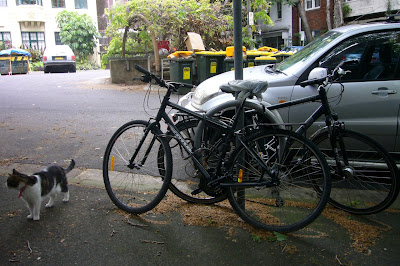 One of the events that sounds good for someone like me - without a bicycle - include the Try-A-Bike sessions being held this Friday and on Tuesday October 11 (midday to 2pm), where free bicycles and free coffee will be on offer at Hyde Park South, for people wishing to go for a caffeine-fuelled spin. 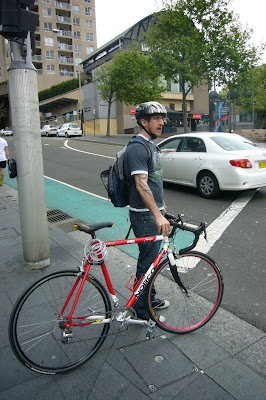 I also like the sound of the Pirrama Park Family Fun Bike Day, which is the closing event of the festival on Sunday October 16, from 9.30am to 2pm. I may not have children but I'd be quite happy to hit the jumping castle, take in some live music and dawdle around market stalls at the park by the water in Pyrmont. The site is also the finishing line for Bicycle NSW's child-friendly 16km Spring Cycle City Ride, which begins at North Sydney and crosses the Harbour Bridge to Pyrmont, so it will be serious bikerama. 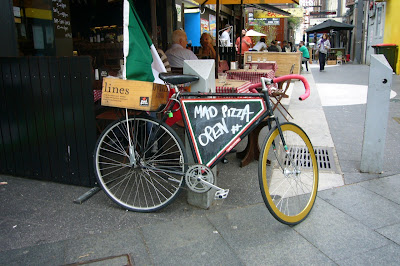 Another cool event is being run by the Youth Food Movement, an environmentally conscious international group of young people who would have been sickened and appalled by my recent adventure in McDonalds land. The Australian arm of the movement is hosting a Ride on Lunch on Saturday October 15, which is described as an ''urban food adventure''. The ride, which costs $17, begins at Eveleigh Markets, in Darlington, in the city's inner-southwest, and stops at venues that celebrate local and seasonal produce, which means riders will meet young urban farmers, gardeners, chefs and cooks who have a sustainable vision. Unfortunately, the ride is sold out, but if you sign up to the Youth Food Movement Australia Facebook page, you can receive notifications about future YFM events. 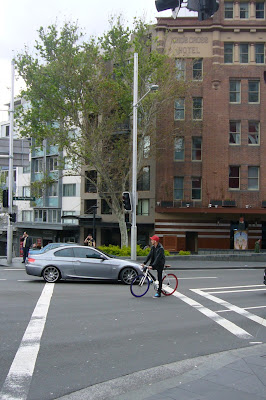 My friend Ruby Molteno is really keen to check out some of the events that are being held as part of the Bicycle Film Festival, in particular a screening, on Friday October 14, at the Sydney Opera House's Playhouse Theatre of Bill Cunningham's NY ($17).
Cunningham, 82, is a fashion photographer for the New York Times who rides on his bicycle around New York's streets, snapping the stylish locals. His online, On The Street column, features his images with his running commentary of the people and their outfits and is really quirky. 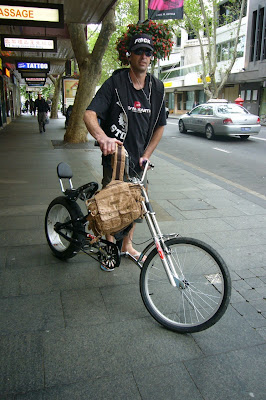 For more events and details, check out the websites below.
*
Sydney Rides Festival
One Week - Two Wheels.
Heaps of Art, Film and Fun.
Follow the Trail.
October 8-16, 2011
www.sydneyridesfestival.net
www.bicyclefilmfestival.com
Posted by Unknown at 12:00 AM